Writing of the Disaster

View my complete profile
MULTITUDE OF BLOGS None of the PDFs are my own productions. I've collected them from web (e-mule, avax, libreremo, socialist bros, cross-x, gigapedia..) What I did was thematizing. This blog's project is to create an e-library for a Heideggerian philosophy and Bourdieuan sociology Φ market-created inequalities must be overthrown in order to close knowledge gap. this is an uprising, do ya punk?

An End to Journeying

It has been 4 years since Scars of Differance is on. I abandoned the site long ago, tried to come up again, but could not find the breath. Plus, sites like gigapedia and aaarg solved questions of distribution much more efficiently. I just wanted to say goodbye to all. Site will remain open, to my surprise many of the links are still working, but please do not email to me for reuploads, go to http://library.nu/

Do not forget to bring down your government, see you. 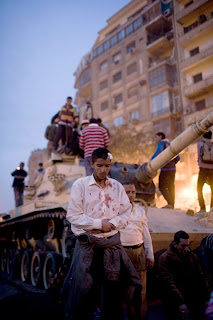 It's a pity, I loved your blog. Thanks for everything and take care xox